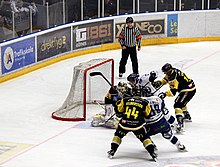 Team sports are games where organized individuals form opposing teams and compete to win. These activities promote social interaction, enhance cognitive ability, and release endorphins. In addition to helping you develop your sense of responsibility, team sports can improve your mental health and physical well-being. So, if you are interested in participating in a team sport, here are some reasons why you should give it a try.

Team sports teach a sense of group and individual responsibility

One of the best ways to develop a sense of group and individual responsibility is by participating in team sports. In team sports, players are expected to work as a team and follow instructions given by the coach. In addition to that, they learn how to be a good role model in a team setting and be respectful of their teammates. They also learn how to cope with disappointment. Not every game will go as planned and not every player will get the spotlight. But by learning to deal with disappointment and setbacks, children can become more tolerant and understanding people.

Team sport participation is beneficial for health and social interaction. It also improves life satisfaction. Research has shown that children who participate in team sports are more likely to attend school and extracurricular activities. Team sports are also beneficial for physical activity. Team sport participation may help kids develop their communication skills. It can also help children improve their health and life satisfaction.

Team sports are great for socialization because they involve group effort and cooperation. Team members work together to achieve the best results. Additionally, they build stronger bonds with their teammates.

Several studies have shown that participation in team sports can improve cognition. Some sports require participants to be disciplined, which can help them cope with the pressure of competition and other pressures. Some sports improve the cognitive function of the brain by improving the ability of the athletes to make decisions. Practicing meditation and mindfulness are also effective tools for improving cognitive function.

The ability to perform cognitive tasks is influenced by many factors, including the intensity and duration of exercise. For example, athletes in field hockey were able to cope with increased loading volumes and maintained baseline values despite repeated sprint efforts. Similarly, soccer players showed changes in passing accuracy and total time spent on the test.

Research shows that team sports raise the amount of endorphins in the blood. These chemicals are produced as a result of physical activity and are thought to affect your mood and work performance. Not only that, but team sports are also good for emotional development. Endorphins are released during exercise and can lead to a unique state of relaxation that promotes better concentration, better memory, improved creativity, and improved mood.

Endorphins are released by the brain as a natural way to relieve stress and lift your mood. These chemicals are released when you perform physical activity, such as walking, gardening, or cycling. However, vigorous exercise can result in higher levels of endorphins, such as playing soccer or running. Even music or laughter during exercise can boost endorphins and reduce the discomfort of the physical activity.

Regular physical activity can improve your heart, lung, and muscle health. It can also improve your mood and work performance. In addition, playing team sports can help you develop social skills. This social aspect of team sports is often associated with improved health outcomes. A team sport can be played by individuals of all ages and skill levels.

The benefits of team sport have been demonstrated in workplaces that encourage employee participation. In one study, employees who play team sports had higher levels of PA than those in a control group. The researchers also found that workplace team sport participation correlated with the number of female employees. Moreover, they found that the percentage of participants meeting PA guidelines in the intervention group was greater than the national average for working-age adults. In addition, workplace team sport has the potential to attract more active employees and lower the risk of noncommunicable diseases.